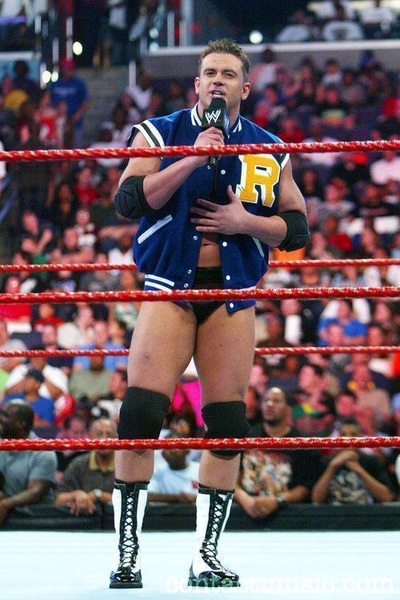 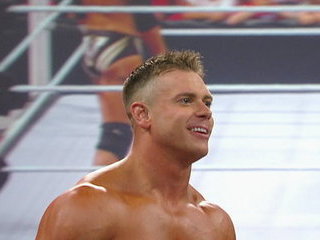 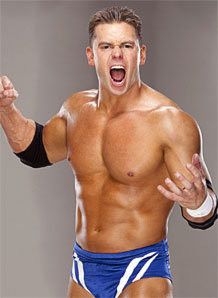 Favorite Moves:
Belly to Back Side Slam

Florida Championship Wrestling (2007–2010)
In 2007, Kevin Kiley signed a developmental contract with World Wrestling Entertainment (WWE) and was assigned to their developmental territory, Florida Championship Wrestling (FCW). On October 30, 2007, he debuted in a losing effort to Shawn Osbourne under his real name Kevin Kiley, and later faced off with wrestlers like Sebastian Slater and Jack Gabriel.

In September 2008, he changed his ring name to Carson Oakley. As Oakley, he began teaming with Scotty Goldman, and the pairing unsuccessfully challenged TJ Wilson and DH Smith for the Florida Tag Team Championship in November. In early December, he underwent another name change, calling himself Alex Riley and developing the gimmick of a university jock, complete with a letterman's jacket as a part of his attire. He gained Beverly Mullins as a manager, and to fit with his jock gimmick, Mullins adopted the gimmick of a prom queen.

In 2009, he joined FCW General Manager Abraham Washington's cabinet, being called Washington's "top draft pick", and as a result, was named the number one contender to Tyler Reks' FCW Florida Heavyweight Championship in July. In August, he lost in a triple threat match including Reks and Johnny Curtis. In mid-2009, he competed in several dark matches prior to Raw and SmackDown, wrestling against Jamie Noble, Montel Vontavious Porter and Jimmy Wang Yang, and also appeared at house show. On the August 30 episode of FCW, Riley dropped Mullins as his manager, calling her "dead weight".

On March 18, 2010, Riley defeated Justin Gabriel and Wade Barrett in a triple threat match to win the FCW Florida Heavyweight Championship. After his title win he called out Barrett and paid him for his services as a hired help. At the July 22 FCW tapings, Riley lost the title to Mason Ryan in a triple threat match, also involving Johnny Curtis. At the television tapings on September 22, Riley faced Ryan in a rematch, but lost by submission.

NXT and alliance with The Miz (2010–2011)
On June 1, 2010, The Miz announced that he would mentor Riley for the second season of WWE NXT. He made his NXT debut on the June 8 episode, but did not compete in a match. He made his in-ring debut on the following edition of NXT, defeating Kaval. Kaval returned the favor two weeks later, by pinning Riley in a six-man tag team match. Later that night, Riley was ranked fourth in the first poll. In the second poll on the July 27 episode of NXT, Riley moved up to third place, behind Michael McGillicutty and Kaval. On August 9 the rookies appeared in a six-man tag team match on Raw, in which Riley teamed with Husky Harris and Michael McGillicutty to defeat Lucky Cannon, Kaval and Percy Watson. The following night however, Riley's team lost a rematch, and he slipped to fifth place in the poll, narrowly avoiding elimination. Riley was eliminated from NXT in the season finale on August 31, ending up in third place overall. After Kaval was announced as the winner, Riley and the other eliminated rookies attacked him.


Riley at the WWE Tribute to the Troops event in 2010.
He appeared on the September 6 episode of Raw, when he tried to help his mentor The Miz, who had been placed in the LeBell Lock submission hold by Daniel Bryan, but ended up being placed in the hold himself. He appeared again the following week, replacing The Miz in a submission match against Bryan, but lost. On the September 20 episode of Raw The Miz announced that he had signed Riley to a 'personal services contract', allowing Riley to accompany The Miz to ringside and continue to appear on Raw. As The Miz's protégé, Riley interfered in his matches, including at the Bragging Rights pay-per-view, where Riley unsuccessfully attempted to help The Miz's team win. The Miz also used Riley as a replacement for himself in matches, which led to Riley facing and losing to John Cena on November 15 and Ezekiel Jackson in a King of the Ring qualifying match on November 22 as a result. The following week, Riley interfered in the Tables, Ladders, and Chairs match for the WWE Championship between Jerry Lawler and The Miz, who had won the championship the week prior. Riley stopped Lawler from winning twice, before Lawler put him through a table. He helped The Miz to retain the championship again at TLC: Tables, Ladders & Chairs in a Tables match, during which he was put through a table by Randy Orton.

On the February 28 episode of Raw, John Cena challenged Riley to a match which, if Cena won, Riley would no longer be The Miz's apprentice. The Miz accepted the match on Riley's behalf, and later that night, Cena and Riley faced off in a steel cage match. Riley lost the match despite interference from The Miz. The angle was used to write Riley off television as he was scheduled to be sent back to Florida Championship Wrestling to be repackaged. Despite this, Riley appeared on the March 14 episode of Raw, interfering in The Miz's match against The Great Khali. The following week, Riley announced that The Miz had re-hired him, this time as The Miz's VP of Corporate Communications. He accompanied The Miz to his match at WrestleMania XXVII against Cena where he interfered several times, throwing Cena into an exposed turnbuckle, attacking him with his briefcase, and distracting the referee.

Riley (left) with The Miz at WrestleMania XXVII.
As part of the 2011 supplemental draft on April 26, Riley was moved to the SmackDown brand, separating him from The Miz. Riley debuted on the April 29 episode of SmackDown, by interrupting Randy Orton but having an RKO performed on him before he could speak. Despite being drafted, Riley continued to appear on Raw alongside The Miz. On the May 2 episode of Raw, The Miz chastised Riley not being at ringside at Extreme Rules the previous night, when The Miz lost the WWE Championship to Cena. Riley appeared alongside The Miz at the Over the Limit pay-per-view, where he attempted to help The Miz win his "I Quit" match against Cena, but The Miz was unsuccessful and failed to regain the WWE Championship. The following night on Raw, after The Miz's request for another WWE Championship match was denied, The Miz blamed Riley who then proceeded to attack the former, thus turning Riley face in the process. The following week, Michael Cole announced Riley had been rehired by the Anonymous Raw General Manager, and he returned to Raw, as in storyline he had not been eligible to be drafted as he was under contract to The Miz, not WWE. Following an argument, Cole calling him a bastard, Riley attacked Cole, before chasing away The Miz who had tried to attack him from behind.

On the June 6 episode of Raw, Riley would teamed with John Cena to face R-Truth and The Miz, with Steve Austin as the special referee. Riley and Cena won the match, but the decision was reversed by the Anonymous Raw General Manager, after Stone Cold had physically assaulted The Miz during the match. Riley and Cena have been disqualified, and allowed The Miz and R-Truth to win by disqualification. On the same show, it was confirmed that Riley would face The Miz at Capitol Punishment. At WWE Capitol Punishment, Riley defeated The Miz. The following night on Raw, Riley teamed with John Cena and Randy Orton to take on The Miz, R-Truth and Christian in a six-man tag team elimination match. Riley was the first person eliminated, but his team went on to win the match regardless. At Money in the Bank, Riley competed in a Money in the Bank ladder match, which was won by Alberto Del Rio. The following night on Raw, Riley was one of the eight men placed in the WWE Championship tournament, losing to The Miz in the first round and ending their feud.

On the August 1 episode of Raw, Riley began a feud with the WWE United States Champion Dolph Ziggler, beginning with a verbal confrontation. Riley and Ziggler faced off the following week, with Riley winning by disqualification after Vickie Guerrero, Ziggler's manager, slapped him. On the August 15 of Raw, Riley lost to Jack Swagger, due to interference by Guerrero, who also managed Swagger. Riley defeated Swagger in a rematch the following week, after Swagger was distracted by Guerrero and Ziggler arguing at ringside. At Night of Champions, Riley competed in a fatal four-way match for the WWE United States Championship, which also involved Ziggler, Swagger and John Morrison, in which Ziggler retained his title. In October, Riley suffered a hip injury that left him inactive for several weeks. For the remainder of 2011 after his return, Riley was largely relegated to Superstars, defeating the likes of Drew McIntyre and JTG.

In 2012, Riley had a 14-match losing streak, losing to the likes of Brodus Clay, Lord Tensai, and Heath Slater. Riley also entered the 2012 Royal Rumble as the second entrant and was eliminated first by The Miz. Riley ended his losing streak on the May 2 episode of NXT when he teamed with Tyson Kidd to beat JTG and Johnny Curtis. After had put off TV tapings, he made his return on July 3 episode of Smackdown in a World Heavyweight Championship Money in the Bank qualifying match against Dolph Ziggler in a losing effort. Riley ended his losing streak on August 6 episode of Raw by defeating Dolph Ziggler with a roll-up after a distraction from Chris Jericho on commentary. On September 21, Riley announced that he was undergoing elbow and knee surgery. In January 2013, Riley teamed up with Derrick Bateman to take part in the NXT Tag Team Championship Tournament and were defeated by Kassius Ohno and Leo Kruger in the first round. On the January 21, 2013 episode of Raw before the Royal Rumble, Riley returned to television in a show-closing brawl. On the April 17 episode of WWE Main Event Riley returned to television yet again, competing in an 11-man battle royal to determine the number 1 contender for the Intercontinental Championship, and survived until the final four when he was eliminated by Primo.

Color commentary, WWE Network and live events (2013–present)
At the June 24 Raw taping, Riley debuted as the new color commentator of Superstars. Riley was made a part of the NXT announce team at the July 11 tapings. He also frequently serves as color commentator on Main Event.

In 2014 fans have seen Riley perform in "WWE Live" events, picking up wins over the likes of Tyson Kidd and Heath Slater

Since the launch of the WWE Network, Riley has become known as "The Analyst" Alex Riley, and has adopted a persona similar to a sports commentator or agent. Riley is a regular member of both the Raw and SmackDown pre-shows on the WWE Network.