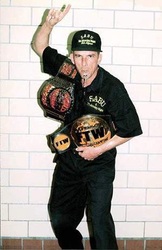 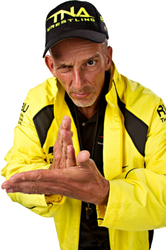 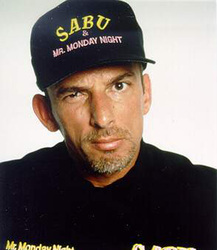 Early career, World Championship Wrestling and World Wrestling Federation (1979-1995)
Alfonso refereed his first match in Texas at the age of 21. He was the official in a chain match between The Sheik and Terry Funk. Shortly thereafter, he took on a regular role as a referee in Championship Wrestling from Florida. He is seen on footage from 1983 (featured recently on various WWE DVD releases) as an "NWA official" sitting in the conference room as the main event of the first Starrcade between Harley Race and Ric Flair is being announced by Bob Geigel. He then worked in every major American promotion, including the World Wrestling Federation and World Championship Wrestling.

Extreme Championship Wrestling (1995-1997)
In May 1995, he made his debut in Extreme Championship Wrestling as a "trouble-shooting referee". Introduced by Shane Douglas, he angered many ECW fans with strict enforcement of the rules and disqualifications of wrestlers for such ECW traditions as using steel chairs as weapons. In this role, he engaged in a feud with ECW founder Tod Gordon that resulted in several wrestling matches.

Alfonso took on the role of Taz's manager and helped him on a winning streak that lasted over a year. In the midst of Taz's feud with Sabu, however, Alfonso turned on his charge and aligned with Sabu. In this role, he performed more than the usual duties, as he actually managed Sabu's finances. Rob Van Dam later took on Alfonso as a manager and formed a tag team with Sabu. Alfonso also led Van Dam to the longest ECW World Television Championship reign in the history of ECW. In 1997, Alfonso fought Beulah McGillicutty with this match becoming infamous because Alfonso lost 1/3 of the blood in his body according to Paul Heyman.

Return to WWE (2005-2006)
Alfonso was at the 2005 ECW One Night Stand managing Sabu and standing in the ring with RVD while RVD delivered a shoot style promo. Alfonso returned at ECW One Night Stand 2006 after Rob Van Dam won the WWE Title, as he celebrated with him and the rest of the then-ECW Roster.

Bill Alfonso making his entrance a show in March 2013
Since the closing of ECW, Alfonso has appeared in several independent promotions. He worked one match in Xtreme Pro Wrestling as a referee. He has also worked in Elite Wrestling Entertainment as a referee and a manager, as well as managing wrestlers in Squared Circle Wrestling and Pro Wrestling Unplugged. In May 2007, he made his first appearance with Women's Extreme Wrestling, where he serves as a manager and as commissioner.