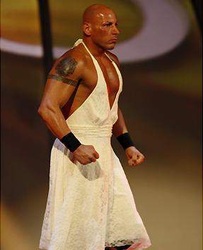 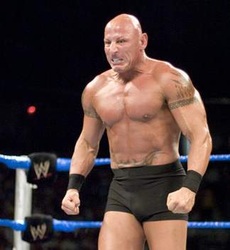 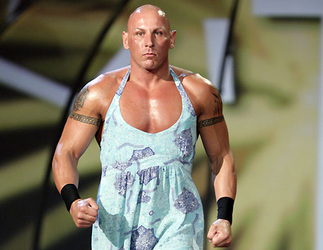 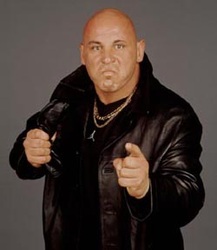 Independent & World Wrestling Federation (1990–1993)
LoGrasso started wrestling in 1990 on the independent circuit until being approached by NOW Wrestling Federation, based in Japan. He worked there for a while and then returned to the states in 1991 and became a jobber in the WWF. He wrestled on early editions of WWF Monday Night Raw as "Von Krus", a generic big wrestler who began with a subtly "evil foreigner" gimmick. He faced such superstars as Bret Hart and The Undertaker. Vito then went on to work in the USWA and WWC.

Extreme Championship Wrestling (1999)
After a lot of success in those promotions, Vito met up with extreme wrestler Tazz at a gym, who was able to get him hired in ECW. When he started in ECW, he changed his name to Vito "The Skull" LoGrasso and became a member of "Da Baldies" stable, who in the storyline, claimed to be an offshoot of a real life New York street gang, and as such took issue with New Jack calling himself a "Gangsta" and began a feud with him. Vito worked a couple of shows with the now defunct LIWF with Billy Alaimo and was on the Junkyard Dog memorial show in a casket match at The Elks Lodge in Queens, New York.

In WCW Vito was billed from Staten Island, New York, which is where he actually grew up.

In December 2000, the Mamalukes reunited and teamed together until March 2001, when WCW was acquired by the WWF. After the acquisition, Vito was one of the wrestlers who was lost in the shuffle, neither becoming a part of The Invasion nor taking one of the large ticket buyouts offered.

Vito made his debut on WWE television on the August 6 episode of WWE Velocity, where he helped Nunzio win the WWE Cruiserweight Championship from Paul London. Together Vito and Nunzio reformed the Full Blooded Italians stable, acting mostly as a tag team together on Velocity with scattered appearances on SmackDown!.

Vito and Nunzio turned heel once again (after a short flirtation with being faces with a brief feud against then-heel, Gregory Helms) in March 2006 under an angle in which Vito announced that he wanted to be recognized as a "Godfather" and he would wear a blazer and glasses.

Beginning in May, various wrestlers such as Orlando Jordan and Paul Burchill began approaching Nunzio in backstage situations and spreading rumors that they had, in storyline, seen Vito in public places in various forms of cross-dress. Nunzio originally wouldn't hear of any such thing until the June 2 SmackDown! when Vito came down the ramp, in a dress, to collect Nunzio after losing a match. The next week, after arguing about Vito's clothing choices, the two former friends faced each other in a match which Vito won after hitting Nunzio with The Code of Silence. Not long after, Nunzio joined the ECW brand, leaving Vito on SmackDown! alone.

The idea for the gimmick (which was said to come from Vito himself, but was in actuality Stephanie McMahon's idea) seemed to originate on The Sopranos, who also had a character named Vito who had recently been outed as a homosexual (though he was never seen in women's clothing).

Regardless of his passion for cross dressing, Vito continually explained that he was a straight man; including one instance of asking Diva Ashley Massaro out on a date while wearing a dress, to which she agreed. After this he began to "have more fun" during his matches, running around and waving his dresses and otherwise interacting with the fans, turning him once again face. As the gimmick took off various people began kayfabe voicing problems with a man wrestling while wearing a dress, including color commentator John "Bradshaw" Layfield (who refused to do commentary with him) and wrestlers Montel Vontavious Porter and William Regal who (kayfabe) threatened SmackDown General Manager Theodore Long with a sexual harassment lawsuit to get out of a match with Vito. At the same time, WWE began to "censor" any incidents of Vito's dress raising and exposing his (bethonged) buttocks. Despite his detractors, once he started wearing a dress Vito began an undefeated streak which didn't end until over four months later when he was defeated by Elijah Burke after interference from his partner Sylvester Terkay.

Deep South Wrestling (2007–2008)
Vito defeated champion Bradley Jay and Ryan O'Reilly in a three-way round robin match to win the DSW Heavyweight Championship on January 25, 2007. Almost immediately upon winning the title he underwent a gimmick change, losing the dress and instead adopting martial arts-style trunks, a headband, and wrestling without shoes. When asked on DSW TV he announced that he changed his style of dress because his opponents were citing it as a distraction and claiming his clothing was the reason they were losing to him. The look was briefly shown during the Lumberjack tag match on Sunday Night Heat at WrestleMania 23, between Carlito and Ric Flair against Chavo Guerrero and Gregory Helms, Vito was grouped with the face lumberjacks. He held the title until February 22, when he lost it back to Bradley Jay.

Independent circuit (2009–present)
Vito continues to travel the world; performing in France,Italy, Malta, Nepal, and Canada, as well as wrestling in the US for ISPW, ACPW, ACW, PWX,DTW, and Wrestling for a Cause in 2009, 2010, and 2011.

Vito's tour March 2010 of Nepal makes him the first former ECW, WCW, TNA, WWE, Superstar to work in that country. There he was involved in a riot involving 4,000 people that made international news and became an internet viral video.

February 24, 2011, He returned to defeat the Himalayan Tiger in Kathmandu, Nepal for the Golden Cine Professional Wrestling Show held at the Dasharath Stadium in front of 20,000 people, to become the first ever Profession Wrestling Champion of Nepal. On March 1, 2011 Vito presence was requested by the US Embassy of Nepal . He was greeted and congratulated by the councilor of public affairs of US embassy to Nepal, Terry J. White and staff .

On March 12, 2011, he wrestled "Bulldog" James Dylan at an Atomic Championship Wrestling event. He also formed a new tag team with Tate Hammer known as The Skull Von Hammer brothers, who defeated Jon Dahmer and Ryan Slater in a tag match at the same event. He has also wrestled on various tours of Europe with Irish Whip Wrestling.

March 2, 2013 Vito made his ring return wrestling in Canada for the ECW Hardcore Roadtrip teaming with Nunzio against Pitbull Gary Wolfe and Balls. He also faced Al Snow earlier on the card.

On September 19, 2013, Vito appeared in Ring Warriors as the leader of the stable The Slambinos.

On September 18, 2013, LoGrasso announced his relationship between his wrestling school and Dragon Gate USA, as the Farm territory.

Acting career
Lograsso had 1998 a minor role as Bodo in the Science fiction film The Survivor. 2014 returned on screen in a leading role in the Horror thriller film The Church, who starred on the side of Clint Howard, Bill Moseley, Lisa Wilcox and Ashley C. Williams. He is also set in the role of Ricardo Lewis in the upcoming Action thriller film Apnea, who also will work besides his acting as Stunt coordinator.