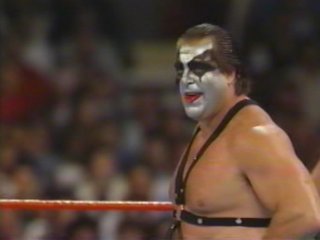 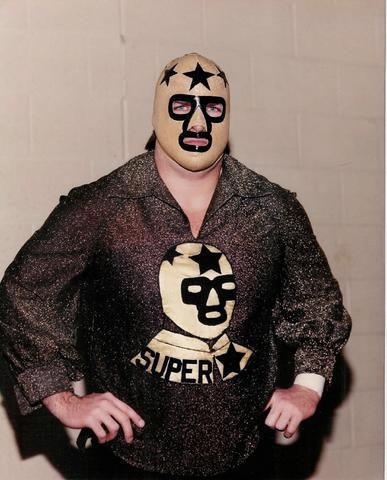 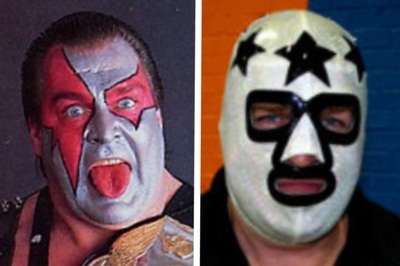 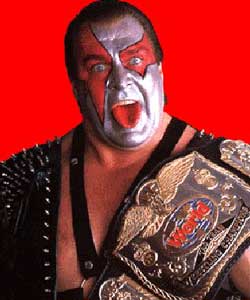 Eadie started wrestling in 1973, making his debut in the Detroit territory of the Sheik (Ed Farhat). He wrestled under a mask as the tag team "Para-Medics". He then wrestled in Pittsburgh, Detroit, WWWF, and the IWA as Bolo Mongol, the new partner of his trainer, Geeto Mongol. He soon entered the Mid-Atlantic Championship Wrestling territory under the management of Boris Malenko and donned a mask as The Masked Superstar, given the character at the advice of matchmaker George Scott. It was stated that he was an Olympic champion by various wrestling promoters. He challenged opponents with a $10,000 reward to whoever could break his "cobra clutch", as well as utilizing the "swinging clothesline". The Masked Superstar was 6' 3", weighed 300 lbs and created many mismatches due to his size, strength and quickness. He had many bouts with Mighty Igor, Paul Jones, Blackjack Mulligan, Wahoo McDaniel, Mr. Wrestling II, Stan Hansen and "Wildfire" Tommy Rich, and Dick Murdoch. He was the first wrestler (along with Blackjack Mulligan) to have one-hour cage matches, then have a series of "12" ninety minute cage matches against Mulligan. It is believed that neither feat of hour or hour and a half cage matches has since been performed by any wrestlers. He was one of the first wrestlers to body slam André the Giant. Among other accomplishments, he won four Georgia Heavyweight titles and unified that title with the NWA National Heavyweight Championship. He also competed in the World Wrestling Federation against many top wrestlers in 1983-84. He fought against many top level opponents, including then WWF champion Bob Backlund, Hulk Hogan and Sgt. Slaughter, and Jimmy Snuka.

Return to WWF (1986–1990)
In 1986, he returned to the World Wrestling Federation and became Super Machine with André the Giant as Giant Machine and Blackjack Mulligan as Big Machine. The three Machines were introduced as rivals of Bobby Heenan and his massive tag team of Big John Studd and King Kong Bundy. (The Machines' masks and gimmick were copied from New Japan Pro Wrestling character "Super Strong Machine", played by Japanese wrestler Junji Hirata). Eadie later dropped the Machine gimmick and left the WWF to head to Florida for a run as the Masked Superstar, upending Lex Luger to win the NWA Southern title. He held the title for two weeks before Luger regained it.

In January 1987, Eadie returned to the WWF and formed the tag team Demolition with former Moondog Randy Colley, who wrestled as Smash while Eadie wrestled as Ax. Colley was later replaced by Barry Darsow as Smash, after it was discovered that too many people remembered him as Moondog Rex, the character he previously portrayed. Though they began as heels, their unique brawling style and charisma made them so popular that they became faces in November 1988. They won the WWF Tag Team Championship three times as a team of two, but lost the belts at SummerSlam 1990 after they turned heel by forming a threesome with Crush. The trio concept was precipitated by a mutual decision to phase out the Ax character and for Eadie to take a backstage role in the company. Popular rumor at the time cited heart problems on Eadie's part, which have been discredited in recent years. An allergic reaction to shellfish while in Japan after WrestleMania VI was the real cause of his temporary heart problem. Eadie confirmed this in a shoot interview in 2007. Before Eadie was medically cleared, Crush had been recruited as a temporary replacement. Eadie's new position eventually fell through and his final WWF appearance was at Survivor Series 1990. This event also marked the last time that he and Smash worked together for sixteen years.

In the midst of this time period, Eadie also played opposite Hulk Hogan as "Jake Bullet" in the movie No Holds Barred. He and Smash appeared in several Pizza Hut commercials for the "Kids Night Out" promotion widely seen on national television.

"New" Demolition; Independent circuit (1991–1999)
Around 1991, Ax formed a new tag team, using the Demolition name, and pairing up with a 6 ft 10 in (2.08 m) Canadian wrestler, dubbed "Canadian Giant" or "Demolition Hux." They toured with New Japan Pro Wrestling, facing established stars such as Masa Saito, Riki Choshu and Tatsumi Fujinami, at the same time that Smash and Crush were still wrestling under the name for the then WWF and on Japanese tours with Super World of Sports. Eadie would then go on to form a third Demolition team with partner Blast (Carmine Azzato). They competed on a few independent shows, then went their separate ways.

Return to the independent circuit (1999–present)

Demolition Ax in the ring in 2006
As of 2013, Eadie still wrestles occasionally for independent promotions and makes signing appearances in "legends" shows across the United States, Canada,and Europe. The Masked Superstar defeated Greg Valentine for the Mid-Atlantic Heritage Championship. The title changed hands at the Carolina Wrestling Classic on Saturday, June 2, 2007 at the L.P. Frans Stadium in Hickory, North Carolina. The Millennium Wrestling Federation reunited Ax and Smash of Demolition at the Wrestling's Living Legends reunion April 1, 2007, prior to WrestleMania 23 in Windsor, Ontario. They began regularly competing as Ax and Smash for the first time in 16 years. Alongside One Man Gang, Demolition competed in the Chikara King of the Trios Tournament in 2008, but were eliminated in the second round by "The Fabulous Three" (Larry Sweeney, Mitch Ryder and Shayne Hawke). On March 28, 2009, Demolition Ax was inducted into the Keystone State Wrestling Alliance (KSWA) Hall of Fame in Pittsburgh, Pennsylvania. Ax was inducted because of his success, and the fact that he is a native of Brownsville, PA, also in Western Pennsylvania.

On October 2, 2010 Ax made his third appearance for the Dynamic Wrestling Alliance based in Middletown, Ohio.

On May 21, 2011, Demolition reunited at Full Impact Pro's debut iPPV In Full Force. Their match against Tony DeVito and Ralph Mosco went to a no contest when local commentator and manager Larry Dallas came out and said his men wanted revenge. The ring was stormed by Manu, Sami Callihan, Blain Rage and Joey Attel. Demolition, Devito and Mosco managed to clear the ring and beat Dallas to end the show.

Demolition returned to Chikara on September 16, 2012, taking part in a tag team gauntlet match, from which they eliminated The Devastation Corporation (Blaster McMassive and Max Smashmaster), before being eliminated themselves by their old WWF rivals, the Powers of Pain (The Barbarian and Warlord).