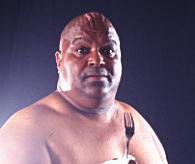 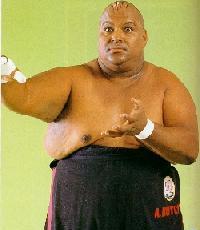 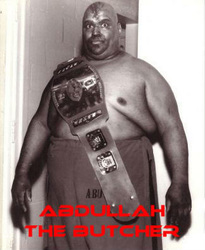 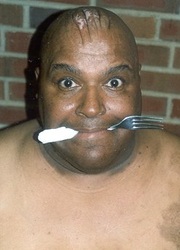 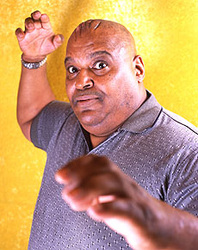 Shreve was born on January 11, 1941 and grew up in Windsor, Ontario, Canada as part of a family of ten people in a deeply impoverished household. He learned karate and judo as a youth and, teaching fellow children in the backyard, claims to have eventually earned the title of seventh-degree grandmaster.

Standing 6 feet tall and weighing a robust 360 pounds, Shreve caught the attention of Montreal promoter Jack Britton, and he soon made his professional wrestling debut at age 17 in 1958. He initially competed in numerous independent territories north of the border under such various monikers as Pussycat Pickens, Kuroi Jujutsushi (The Black Wizard) and Zelis Amara. However, he ultimately created his gimmick of an evil Arabian sadist; and in a match against Gino Brito (Jack Britton’s real-life son), Abdullah the Butcher first distinguished himself as one of the world’s most feared rule breakers when he broke a chair over Brito’s head and then beat him senseless with the leg.

Such acts of violence were only the beginning for the terrifying Abdullah the Butcher, whose menacing figure, excessive violence, and complete disregard for the safety of himself or his opponents quickly established his reputation for ruthless brutality. Abdullah’s matches almost always turned into bloodbaths, and he was infamous for stabbing his opponent’s wounds with his trademark fork (or any other foreign weapon that he could get his hands on). In addition to his hardcore style, Abdullah the Butcher was revolutionary[citation needed] with his habit of never staying in any one territory for too long, to avoid wearing out the novelty, and maintaining the notoriety, of his character. Constantly roaming from region to region, Abdullah propagated his reputation as the most violent wrestler in the world. Consequently, he was often brought into a territory as a hired gun to destroy a popular fan favorite, and his appearances usually sparked local interest.

Since his gimmick required that he speak no English (though it was in actuality his native tongue), he possessed a number of managers over the course of his long career, including Gary Hart, Paul Jones, Eddie Creatchman, Black Baron, The Grand Wizard, J.J. Dillon, Damien Kane, Larry Sharpe, Oliver Humperdink, Buddy Colt, George Cannon, Bearcat Wright, Big Bad John, Gentleman Jim Holiday, and Rock Hunter, who were all portrayed as “handlers” commissioned to control the Sudanese madman, while also doing most of the talking in promos and interviews. He has, however, spoken for himself in promos while in Japan.

As a result of his frequent traveling, Abdullah the Butcher usually served as more of a special attraction than as a consistent championship contender. Accordingly, Abdullah never did win a World Heavyweight Championship, though he would capture a myriad of regional titles during his career. He won his first major championship on October 23, 1967 when he teamed with Dr. Jerry Graham to defeat John & Carlos Tolos for the NWA Canadian Tag Team Titles in Vancouver. A few years later, he ventured to the Montreal region, where he had three reigns as the IWA International Heavyweight Champion between 1969 and 1972, feuding against Ivan Koloff and Johnny Rougeau. He later served as one of the premier rule breakers in Calgary’s Stampede territory, capturing the NWA Canadian Championship, as well as having six North American Heavyweight Title reigns during the early 1970s. On June 24, 1972, he defeated Ernie Ladd in Akron, Ohio to capture his first of two NWF World Heavyweight Titles. During the mid-1970s, he

frequently performed in Detroit, Michigan’s Big-Time Wrestling territory, where he engaged in a classic rivalry against local legend, The Sheik. He teamed with “Killer” Tim Brooks to win the region’s version of the NWA World Tag Team Titles before defeating Bobo Brazil on February 8, 1975 for the NWA United States Championship.

In addition to his successes in North America, Abdullah the Butcher also became a true international superstar by performing in the Far East, Europe, the Caribbean, Australia, and Africa. On March 12, 1974, he traveled all the way to New Zealand, where he captured the prestigious British Empire Commonwealth Title by defeating the nation’s legendary champion John DaSilva. Abdullah also established himself as one of the premier attractions in Japan, where he competed as part of the round-robin tournament that ultimately crowned Giant Baba as All-Japan’s inaugural PWF Heavyweight Champion in February 1973. On October 18, 1978, Abdullah won that same PWF belt when he defeated European former AWA champion Billy Robinson; and then on October 13, 1980, he also beat Jumbo Tsuruta to capture the NWA United National Heavyweight Title. His feud with Terry Funk is still considered one of the hottest feuds in Japan, and Funk claims to have had one of his top three all-time greatest matches with Abdullah the Butcher.

Abdullah's dietary habits have also become infamous in the wrestling world. He has been shown to eat announcers' ties, whole raw fish, he once even appeared to bite the head off a live chicken before a shocked crowd. Abdullah's appearances on the NWA's Georgia Championship Wrestling television broadcasts frequently highlighted his gustatory mayhem. While on camera he was shown eating reams of paper, cardboard boxes, the announcer's script, and even half of Gordon Solie's microphone.[citation needed] Prior to a match with local favorite Bob Armstrong he ate an entire live toad in front of Armstrong and his son as an act of intimidation.[citation needed] His unpredictable, ultra-violent style served as inspiration for other wrestlers, including “Maniac” Mark Lewin, Kevin Sullivan, Cactus Jack, Kamala, and Sabu, among others; and he still continues to compete on the independent circuit in a career that has now spanned five decades.

He arrived in World Class Championship Wrestling in 1986, where he defeated The Great Kabuki for the Texas Brass Knuckles Title and waged war against the equally wild Bruiser Brody. However, perhaps Abby’s most memorable encounters occurred in Puerto Rico, where he was declared the very first WWC Universal Heavyweight Champion in July 1982 following three reigns as the Puerto Rican champion between 1978 and 1981. His violent battles against Carlos Colón and Hercules Ayala are legendary; and he long after remained one of the area’s top attractions, more recently defeating Carly Colón for his fifth Universal Title on January 3, 2004.

He was introduced in World Championship Wrestling in a giant, gift-wrapped box. This giant box was to be Sting's birthday gift from Cactus Jack. Sting unwrapped his gift and Abdullah attacked him, leading to both Abdullah and Cactus feuding with Sting after the incident. The feud culminated in a "Chamber of Horrors" match at Halloween Havoc 1991, in which Cactus accidentally electrocuted Abdullah in an electric chair, leading to a brief feud between the former allies.

In 1993, Abdullah arrived in ECW, where he participated in a storyline with Kevin Sullivan, Terry Funk and Stan Hansen, and wrestled at Ultra Clash and Bloodfest.

In late 2002, Abdullah made a one-night appearance in Ring of Honor as Homicide's partner, facing the Carnage Crew in a bloody Bunkhouse Brawl at ROH's Night of the Butcher.

In 2007, the WWE and Jakks Pacific released an Abdullah the Butcher "WWE Classic Superstars" figure complete with the famous blade marks on top of his head. A DVD was also released named The Triumph and Tragedy of World Class Wrestling which included a bloody cage match between Abdullah and his famous rival Bruiser Brody.

The 2007, WWC's anniversary show was dedicated to Abdullah the Butcher's legacy and contributions to WWC. On December 13, 2008, Shreve wrestled against Balls Mahoney in Bayamon Puerto Rico during the annual event WWC Lockout.

Abdullah says "I will be active throughout my life in Japan." During July 2009, he wrestled in Dragon Gate and Hustle. He also wrestled at the New Japan Pro Wrestling supershow Wrestle Kingdom IV in Tokyo Dome on January 4, 2010, as well as wrestling for Japanese independent promotion Osaka Pro Wrestling.


Butcher at WrestleMania XXVII, as a Hall of Famer

In 2009, Abdullah made an appearance at the Decatur Book Festival, facing off against author Michael Muhammad Knight, marking the first pro wrestling match ever held at a book festival. Abdullah pummeled Knight with chairs, forks, and a water cooler, not even stepping into the ring. Knight was taken from the festival in an ambulance and received 46 stitches. It was Right After Wrestling in March 2011, hosted by Arda Ocal and Jimmy Korderas, that Abdullah admitted his favorite wrestler to face was actually Lou Thesz.

On April 2, 2011, Abdullah the Butcher was inducted into the WWE Hall Of Fame in Atlanta, Georgia. Also in 2011, Abdullah returned to Georgia Championship Wrestling as a mentor and advisor to a local wrestler known as The Congo Warrior.

In early 2012, Abdullah the Butcher appeared on Wrestling Marks of Excellence radio show and said that he had given away his Hall of Fame ring to his brother, saying that he had been in the business and drew people from all over the world and should have been inducted decades ago.